A night at Frankfurt airport

Yesterday, I received a phone call from someone who asked me to meet aircraft N279WA in Frankfurt on a cargo mission. It came from Chicago and went back to Atlanta. This aircraft has been converted to a cargo plane only recently. And it has a new livery now.

Before, it was a passenger aircraft. I knew it mostly from Air Mobility Command missions. On several occasions, I flew with it from the now defunct Rhein-Main AFB to Al Udeid AFB in Qatar. Most flights went through Bahrain airport, because the commercial air carriers need a place to change crews and get catering. This is difficult to accomplish on some Air Force Bases, but certainly in Al Udeid. The AMC missions are still going on, but without this aircraft. 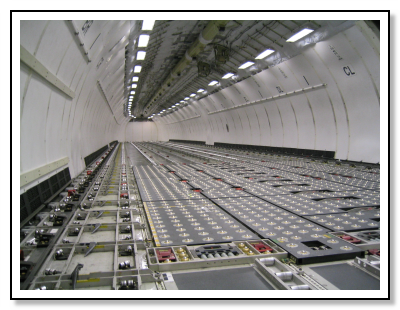 While I was there, I took some pictures, one from the main deck after unloading of the inbound cargo. The main deck alone on this MD-11 can hold more than 150,000 lbs of cargo. Loading teams in Frankfurt regularly load an entire MD-11 cargo aircraft in 45 to 60 minutes. 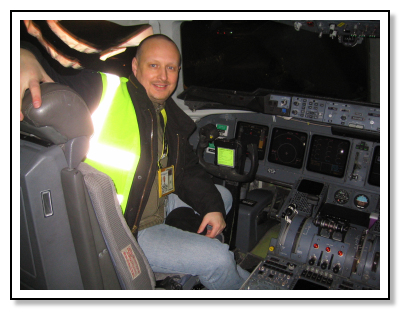 Here you can see a portion of the N279WA cockpit from that night, with me in the captains seat. Although I know how to read and use some instruments, I can barely fly an aircraft with Microsoft’s Flight Simulator. But then, this isn’t my job.